Using dual photocell technology, FXS03DL can differentiate between natural light and artificial light from behind the diffuser. It can switch the luminaire off automatically whenever ambient light is sufficient.

When used in conjunction with a DALI driver, FXS03DL can achieve tri-level dimming control. When motion is detected, the luminaire operates at 100%.

After the desired hold-time during which no motion is detected, the luminaire will dim to the pre-set level. After a further period of no movement the luminaire switches off. 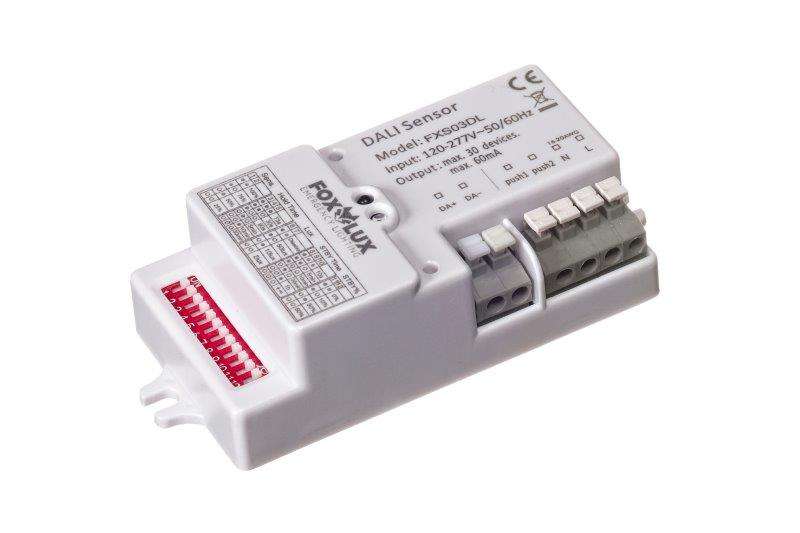